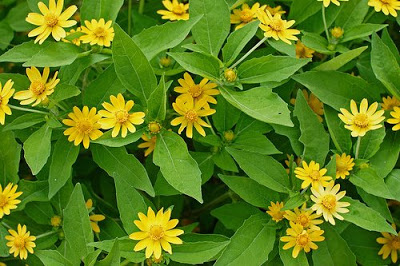 Conception typically occurs about two weeks after your period begins. To calculate your due date, your health care provider will count ahead 40 weeks from the start of your last period. This means your period is counted as part of your pregnancy — even though you weren’t pregnant at the time

The sperm and egg unite in one of your fallopian tubes to form a one-celled entity called a zygote. If more than one egg is released and fertilized, you may have multiple zygotes.

The zygote has 46 chromosomes — 23 from you and 23 from your partner. These chromosomes will help determine your baby’s sex, traits such as eye and hair color, and, to some extent, personality and intelligence.

When the zygote — now known as a blastocyst — reaches your uterus, it will burrow into the uterine wall for nourishment. The placenta, which will nourish your baby throughout the pregnancy, also begins to form.

By the end of this week, you may be celebrating a positive pregnancy test.

The embryo is now made of three layers. The top layer — the ectoderm — will give rise to your baby’s outermost layer of skin, central and peripheral nervous systems, eyes, inner ear, and many connective tissues.The fifth week of pregnancy, or the third week after conception, marks the beginning of the embryonic period. This is when the baby’s brain, spinal cord, heart and other organs begin to form.

Your baby’s heart and a primitive circulatory system will form in the middle layer of cells — the mesoderm. This layer of cells will also serve as the foundation for your baby’s bones, muscles, kidneys and much of the reproductive system.

The inner layer of cells — the endoderm — will become a simple tube lined with mucous membranes. Your baby’s lungs, intestines and bladder will develop here.

Growth is rapid this week. Just four weeks after conception, the neural tube along your baby’s back is closing and your baby’s heart is pumping blood.

Basic facial features will begin to appear, including passageways that will make up the inner ear and arches that will contribute to the jaw. Your baby’s body begins to take on a c-shaped curvature. Small buds will soon become arms and legs.

Seven weeks into your pregnancy, or five weeks after conception, your baby’s brain and face are rapidly developing. Tiny nostrils become visible, and the eye lenses begin to form. The arm buds that sprouted last week now take on the shape of paddles.

Eight weeks into your pregnancy, or six weeks after conception, your baby’s arms and legs are growing longer, and fingers have begun to form. The shell-shaped parts of your baby’s ears also are forming, and your baby’s eyes and nipples are visible. The upper lip and nose have formed. The trunk of your baby’s body is beginning to straighten.

Your baby may begin to move this week, but you won’t be able to feel it yet.

In the ninth week of pregnancy, or seven weeks after conception, your baby’s arms grow, develop bones and bend at the elbows. Toes begin to form, and your baby’s eyelids and ears continue developing.

By the 10th week of pregnancy, or eight weeks after conception, your baby’s head has become more round. The neck begins to develop, and your baby’s eyelids begin to close to protect his or her developing eyes.

Although the genitals are developing, it’s still too soon to identify your baby’s sex.

At the beginning of the 11th week of pregnancy, or the ninth week after conception, your baby’s head still makes up about half of its length. But your baby’s body is about to catch up, growing rapidly in the coming weeks.

Your baby is now officially described as a fetus. This week your baby’s eyes are widely separated, the eyelids fused and the ears low set. Red blood cells are beginning to form in your baby’s liver. By the end of this week, your baby’s external genitalia will start developing into a penis or clitoris and labia majora.

By now your baby may measure about 2 inches (50 millimeters) long from crown to rump and weigh almost 1/3 ounce (8 grams).

Twelve weeks into your pregnancy, or 10 weeks after conception, your baby is developing fingernails. Your baby’s face now has a human profile.

Some simple steps that may be helpful in relieving nausea and vomiting:

Because you lose fluids when you throw up, it is important to stay hydrated. Try sucking on ice chips or ice pops. Take frequent small sips of water instead of drinking a whole glass of water all at once. Some women find that taking small sips of ginger ale or peppermint tea relieves their symptoms. Check with your doctor before using any natural remedies alleged to relieve nausea and vomiting during pregnancy.

Certainly, throwing up several times a day may make it more difficult for you to retain adequate fluids — which is a health concern for you and your baby. Call your doctor if:

Severe morning sickness (hyperemesis gravidarum) may require a stay in the hospital and treatment with intravenous (IV) fluids and medications, including anti-emetics, which control nausea. Rarely, severe or persistent nausea or vomiting may be caused by a medical condition unrelated to pregnancy, such as thyroid, liver or gallbladder disease.

Contact your health care provider if the nausea is severe, you’re passing only a small amount of urine or it’s dark in color, you can’t keep down liquids, you feel dizzy or faint when standing up, your heart is racing, or you vomit blood.